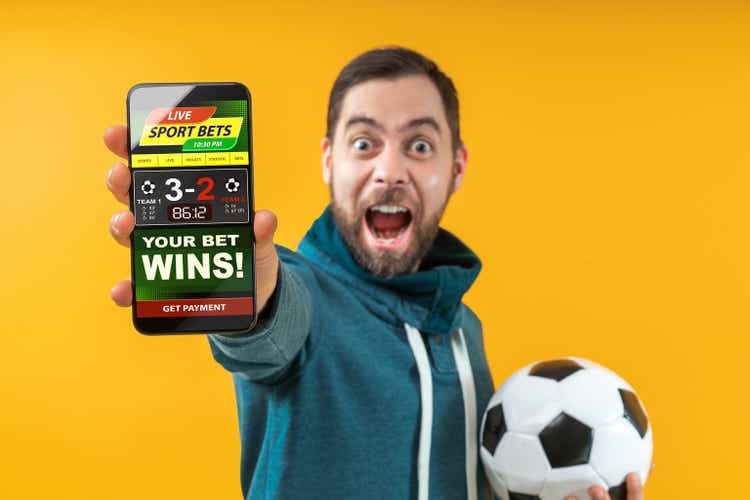 There’s a hierarchy of media coverage on stocks that ranges from what’s truly relevant, like earnings releases, or news of a breakthrough new product, an industry head or tailwind, a someone getting into the business, etc. Then there is the medium coverage so to speak, much of it consists of well-thought-out opinions on various stocks by industry-tested analysts. Then, alas, we have this mind-boggling tsunami of rapid web-wide media coverage from financial sites that cater to the short attention span of naïve retail investors who deserve better.

No problem with the blah blah stuff per se. I’m a free enterprise guy. The web has no real filtering mechanism – it is. But too often these days, I come across articles that have no context and reveal outdated truisms peddled by certain sites and corporate PR people. I think it’s worth the challenge no matter what audience this site gathers or how many subscribers pay for its gospel. Again, the track record varies. This is just a plea for context, not a critique of the bad judgments we all make from time to time.

Such is the case with an article I read on a major financial website which, like the rest of us, has had its share of particularly good and particularly bad calls. That’s not my point here. What I found worthy of comment here was a short article on DraftKings (NASDAQ: DKNG) published on March 24. The surface facts were good, but it was the implications in the title and opening paragraphs that for me could only mislead those who were already misled. It is an article that flies over, but does not contextualize.

The article echoes three management mantras, all of which are presented without context, leaving the impression that even though there are some small flaws in the DraftKings image, an overall conclusion can be drawn: it is a company on the move.

The piece begins simply by stating that DKNG is in the online gaming business. This is clearly aimed at a segment of investors who have been living under a rock for three years.

The article cites that the company has made “steady progress” as the total addressable market reaches 36% of the US population, but does not specify what that percentage is. Does that mean 90 million potential players? Or just the adult population over 21? And what do the population numbers really mean? The answer in practical terms: Very little.

As in all things, the Pareto principle prevails: you get 80% of your turnover from 20% of your customers. It has been disputed but proven beyond dispute that since it was proposed by Italian scientist Vilfredo Pareto in 1895, it has never been wrong. The gaming industry is one of those that is a clear example of this law at work. And that’s why massive numbers like addressable populations are interesting, but meaningless.

The article then quotes DKNG management as predicting that sports betting will eventually be an $80 billion market. This is an absurd number totally taken out of context. First of all, we don’t know if $80 billion is manipulated, that is, the amount wagered. Or is it “earning” – i.e. the actual earnings retained by the active platforms? We are not told. All we’re told is that DKNG’s valuation of the total market is up from $67 billion, indicating exponential growth.

But let’s take $80 billion. If it represents the handle, then the historical sportsbook hold percentage is around 7% of the handle. So the $80 billion becomes $5.6 billion in revenue. Even that number in a win should probably be shared by at least five to six major platforms that we see surviving. We see DKNG among the leaders, probably #2 or #3 in market share. The EBITDA forecast of $2.1 billion is very aggressive in our view. Why? Not because DKNG won’t work on its own, but because the company persists in what the article calls “aggressive investments in growth.” Let’s see what this means in the real world:

In 4Q21, DKNG spent $278 million on advertising and promotion aimed at harvesting as many new users as possible, new state after new legalized state. These expenditures have increased by $192 million per year. For the whole of 2021, DKNG spent $982 million to generate $1.3 billion in revenue while continuing to lose money. That’s the main reason analysts, who have been singing the company’s praises virtually since its SPAC debut, have urged holders to run for their lives. So from a high of $71, we now have a stock trading at $18.20. None of this harsh truth appears in this article.

Nor does the 600 pound gorilla in the room facing all the sports betting platform operators have at least one sentence to ponder: after establishing the business model based on freebies, overbids, will they be in able to retain their belongings once they are retired? Caesars Entertainment Inc. (CZR) is among the strongest competitors in sports betting and has already announced deep cuts in media and promotional spending. At some point, these companies have to start making a profit. Some analysts are now suggesting that it is entirely possible that DKNG and some of its competitors will never earn a penny given the business model we are currently using.

(Churchill Downs Inc. (CHDN), long involved in online betting with its former horse racing site TwinSpires that was transformed into a full-scale sports betting app, has officially exited the business.)

The harsh truth is that there is no real product differentiation between the top competitors currently in the race. Overall, they all offer well-designed and player-friendly platforms, with no distinctive features that could engender unwavering, long-term loyalty once the heavy promotions end. Their global tech stacks work smoothly. Glitches are rare.

That being said, we continue to believe that DKNG is a candidate for either a merger with a land-based casino operator or a e-commerce giant. In its current trading range, it may be attractive enough to support a nice takeover premium. In the long term, stripped of its excessive marketing spend, the company can still do very well in a sports betting market that we believe can reach around $25-30 billion in annual earnings by 2025/2026. We believe that DKNG’s strong geographic footprint in revenue, reduced in promotional spend, could produce a sustainable market share of 15%-22%, among industry leaders.

In the end, these reality checks for DKNG should have deserved at least a few sentences or a paragraph to balance the article:

At some point in the next 18 months, we believe market leader Fan Duel will be transformed by its UK parent company into an IPO that will join DKNG as the top pure players in the space. That would shift a lot of investor sentiment towards that prospect.

Single wallet leaders, i.e. physical casino operators, will begin to see sports betting as a nice side business kept viable by controlling promotional spend. It has already been proven that there are indeed valuable commercial spin-offs from live sportsbooks at blackjack tables. As they withdraw promotional dollars and start making money, it will signal a reduction in these transactions across the industry, which could slow down the company’s growth arc. Igaming, that is, platforms offering casino games remain relatively small but have viable long-term potential.

States not yet in the legal column, especially large kahuna like Texas and California will eventually join the party. What is still unclear is the industry design they have in mind. In particular, we are seeing many signs of increased aggressiveness among tribal casinos to strike exclusive deals with states. Florida has already essentially sealed the sports betting deal with the Seminole tribe, removing any real prospect of major platforms entering the fray.

The widely rated discounted cash flow valuation for DKNG is around $30 per share. This means that it is undervalued for those who believe in it. I dispute that number only because I think predicting what this ever-changing business model will become in advance is a wild ride. DKNG will be a solid player in the future of the sector. But the business is tricky and elusive, so reliant on marketing spend, that right now the only clear question investors need to ask is: One: Will you ever make money? ? And second, how do you propose to achieve profitability in a crowded company of 14 companies offering the same product giving the store every day?

There is an answer. This is called consolidation. When the industry shrinks to five or six platforms or maybe even less, the marketing pressure for an aggressive attack on buying new business will ease significantly. Margins will be great, revenue growth will be in the normal single-digit y/y range, and sector stock valuations will be based on much better real-world metrics than what’s now all over the web with skim articles. which do little to help investors make smart decisions about ideas for different stocks.